Spotlight on John F on the 10th floor 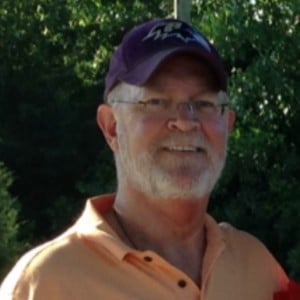 John has been a resident at Hampton Plaza for 13 years. He has had three different apartments and is thrilled with his current one. While John appreciates the diversity and sense of community at Hampton Plaza, we appreciate John for his calm demeanor and positive outlook which adds so much to our group of residents.

Earlier in his life John worked for the Social Security Administration in the Office of  Systems. He was very fortunate to be able to retire in his late 40’s. John later worked as a commercial building estimator/ project manager for several years. He then started his own business designing and installing custom moldings and entertainment centers. When he was ready to work part-time, he joined Ace Hardware where he was able to help customers execute their own projects.

While making a steady recovery from long Covid, John keeps busy making lamps from wine bottles, playing Sudoku and reading all the latest political books. John hopes to remain at Hampton Plaza for many years to come and we are so happy to have him!

Yvonne has been a resident at Hampton Plaza for 11 years.

Her happy smiling face and positive energy have…

Resident Spotlight on ……… Sonya C on the 6th floor

In April of 2014 Sonya C endured every parent’s worst nightmare; her youngest daughter was killed due to domestic violence….

Don't be a scrooge! Give to... Read More